ANKARA, June 14 (Xinhua) -- An earthquake with a magnitude of 5.7 hit Turkey's eastern province of Bingol on Sunday, the country's Disaster and Emergency Management Authority said.

The quake occurred at 5:24 p.m. local time (1424 GMT), with its epicenter at Kaynarpinar village of Karliova district, and shook for around 10 seconds, followed by 22 aftershocks, according to the report. 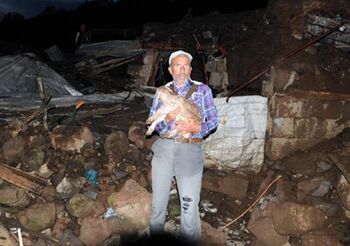 A watchtower in the Gendarmerie Station Command of Kaynarpinar village collapsed and a security guard has been trapped under the debris, the Turkish Interior Minister Suleyman Soylu said on Twitter.

The Bingol's local government said seven people were rescued from the site and efforts are ongoing for three others.