DUBLIN, June 27 (Xinhua) -- Fianna Fail leader Micheal Martin has been elected as new prime minister of Ireland in a vote held here on Saturday at a special meeting of the lower house of the Irish parliament. 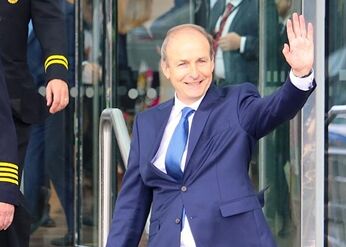 Announcing the voting results, Sean O Fearghail, speaker of the lower house of the Irish parliament, said that Micheal Martin received 93 votes in favor of his nomination for the country's new prime minister with 63 votes against and three abstentions.