KABUL, Aug. 14 (Xinhua) -- The Afghan government freed 80 inmates out of 400 Taliban inmates on Thursday, spokesman of the Office of the Afghan National Security Council confirmed on Friday.

The government released 80 Taliban convicts out of the 400 that the Consultative Loya Jirga, or the Grand Assembly, approved to release, spokesman Javid Faisal said in a statement.

A peace deal signed between the United States and the Taliban in Qatar in February required the Afghan government to free 5,000 Taliban inmates in exchange for Taliban's release of 1,000 soldiers or government staff. 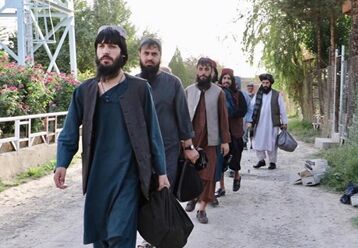 On Monday, Afghan President Mohammad Ashraf Ghani issued a decree to pardon and release the 400 Taliban inmates, one day after the 3,400-member Loya Jirga voted.

Under the agreement, U.S. and NATO-led coalition forces would leave Afghanistan by July next year depending on whether the Taliban outfit meets the conditions envisaged in the agreement, including severing ties with foreign terrorist groups.