国际英语新闻:Netherlands commemorates 75th anniversary of surrender of Japan in WWII

THE HAGUE, Aug. 15 (Xinhua) -- In presence of Dutch King Willem-Alexander and Prime Minister Mark Rutte, the Netherlands on Saturday had a national commemoration of the 75th anniversary of the surrender of Japan in the WWII, at the Indies Monument here.

The official end of World War II for the Kingdom of the Netherlands was on Aug. 15, 1945, as the Japanese occupation of the former Dutch colony Dutch East Indies, now Indonesia, ended on this date.

The remembrance ceremony is organized each year on August 15 at the Indies Monument in The Hague to commemorate all victims of the Japanese occupation of then Dutch East Indies in World War II. 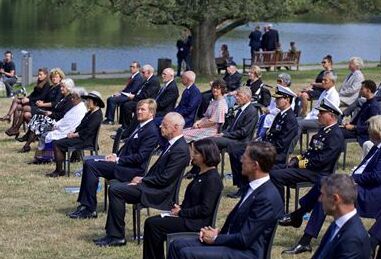 King Willem-Alexander laid a wreath during the ceremony, which was not public due to the novel coronavirus measures. In his speech, Rutte emphasized that the experiences of people who went through the Second World War in then Dutch East Indies need to be said, although many were told after their arrival back in the Netherlands that their war story was secondary to what had happened in the Netherlands during World War II.

"In the end, as a result, a lot remained unspoken," said Rutte. "Therefore it is important today that the stories continue to be told. Because it is more than looking back. It is also acknowledging. Year after year."